RadTech UV+EB 2016 exceeded expectations for many. Attendance was at an all-time high with more than 1,400 attendees, including many attendees new to RadTech. The UV-curable market is growing and attracting new people to the conference. Much of this growth is being fueled by interest in UV LEDs, which have opened new applications for UV curable inks and coatings.

The push to adopt UV LEDs is strong, and researchers are focused on developing solutions that will facilitate their adoption. One of the main barriers to widespread UV LED adoption is their incompatibility with existing photoinitiators. However, formulators are responding to the market’s demand and are developing new photoinitiators that are compatible with UV LEDs.

IGM Resins won the best technical paper award at RadTech UV+EB 2016 for their development of a new photoinitiator for UV LEDs. In the presentation “Design of New 3-Ketocoumarins for UV LED Curing,” Dr. Marika Morone shared her team’s research to develop a photoinitiator for 365 nm and 395 nm wavelength UV LEDs. Their research produced a photoinitiator that has low oxygen sensitivity while also maintaining high reactivity and solubility. It also resists yellowing, which has been a critical issue for many looking to adopt UV LEDs. The photoinitiator is suitable for pigmented systems, such as inkjet, offset, flexography, and screen.

In the presentation “Innovations in Photoinitiators Technology for LED Applications,” Mike Wyrostek, Hampford Research, shared their research on norrish type-1 and type-2 photoinitiators. They found that they could modify the quality of the cure by tuning the ratio of photoinitiators.

Much of the photoinitiator research shared at RadTech UV+EB was focused on UV LED compatible photoinitiators for graphic arts applications. Other presentations included:

Others have responded to the challenge with a different approach. Some light system manufacturers are developing arrays that contain more than one wavelength, which could ensure compatibility with existing photoinitiators and help to reduce the burden on chemical manufacturers to reformulate for UV LEDs.

Our UV glass mixing optic takes a similar approach in that it doesn’t require photoinitiator reformulation. We presented this new research at RadTech; in his presentation, Brian Jasenak presented a new UV glass optic that mixed light from UV LEDs with different wavelengths and produced a singular irradiance pattern with uniform intensities of each wavelength. If you missed our presentation, you can download it here.

Innovations such as these are helping to advance UV LEDs so that end users can realize the benefits of better efficiency and lower operating costs, long life, and greater substrate choices.

A new addition to the technical program was a track dedicated to new product debuts. Manufacturers were invited to present 15-minute product demonstrations; 20 companies participated in the track on Tuesday. The product demonstrations were well received, and in many instances, the conference hall was packed with standing room only.

GEW’s product demo featured their ArcLED Hybrid UV Curing System, which allows printers to use both UV LEDs and conventional arc lamps on the same press and reap the benefits that both provide. They also highlighted their multipoint UV monitoring software that gives the user better process control.

At both their booth and during their product demo, Nichia promoted two UV LED products; the UV LED NVSU233A produces peak wavelength emissions of 365 nm to 405 nm. It can reach an efficacy of 1,400 mW when driven under 1,000 mA. Also discussed at their product demo was the UV LED NVSU119C, which emits at 375 nm to 405 nm. When driven at 1,000 mA it can reach 1,340 mW. Both of these products are suitable for UV LED ink printers.

Sensor Electronic Technology, Inc. (SETi) was also present at the conference with their new Violeds products on display. SETi was recently acquired by Seoul Viosys; before this, they had been working together for more than a decade to commercialize UV LEDs. Their products span the UV region, with UV LEDs available from 225 nm to 405nm. They recently launched new UVC LEDs that emit at 275 nm and can reach 30 mW when driven at a current of 350 mA and 10mW at 100mA.

Despite the excitement surrounding UV LEDs, there are still some concerns about the technology, and many are exploring adoption cautiously.

For many, UV LEDs present a steep learning curve. During presentations, questions were asked about UV LEDs and their readiness for the UV curing market. In particular, there seems to be a gap in understanding if UVC LEDs are commercially viable. To remedy this information gap, RadTech included in the technical program a four-hour short-course on UVC LEDs titled “All You Ever Wanted to Know (and more) About UVC LED’s and Applications.”

The short course was divided into three sessions: food processing and sterilization, UVC LED manufacturing and array design, and UVC LEDs in application today. Rajul Randive, Director, Applications Engineering at Crystal IS, shared the progress that they have made in manufacturing high-performing UVC LEDs. He stated that the costs have come down and efficiency is improving.

Crystal IS recently announced a new product line, Klaran, which was designed for higher power UVC disinfection applications. Klaran produces peak wavelengths from 250 nm to 280 nm. It is available in power bins from 15 mW to 30 mW, when driven at 400 mA. Randive discussed the design flexibility that UV LEDs provide, specifically their ability to be arranged in three-dimensional arrays.

Throughout the short course, examples were given that demonstrated that UVC LEDs are commercially viable and are being used for applications, such as AquiSense’s point-of-use water purification device, PearlAqua.

While UVC LED manufacturers are striving to improve performance, the technology is already efficient enough for some applications today. To help overcome the learning curve, it’s important to collaborate closely with your suppliers to understand how they can help you design a LED system that will meet your performance goals.

Because UV LEDs are new to many within the UV curing market, we collected several resources that could be helpful to those considering adopting them. As you reflect on the new ideas and research shared at RadTech UV+EB 2016, we hope this information helps you harness the benefits that UV LEDs offer.

UV LED Overview:
In this series of articles, Jennifer Heathcote of Phoseon Technologies reviews the fundamentals of UV LED technology, including operation and measurement, integration, and current diode manufacturing methods.

Understanding LED Performance:
New UV LEDs are being developed and released frequently. It can be difficult to understand the differences between models and how they work in real operating conditions. In this white paper, Lumileds explains how to make an accurate performance assessment from LED datasheets.

How to Design with LEDs:
LEDs present both unique opportunities and challenges to lighting engineers. In this article, we explore the benefits that an iterative design process provides and how it can help you create fully optimized UV LED curing systems.

UV LED Product Database:
Earlier this year, we created a database that lists currently available UV LEDs, organized by wavelength. To learn more about the UV LEDs that are currently available, download our UV LED product database, which lists available wavelengths from each manufacturer and their performance specifications. 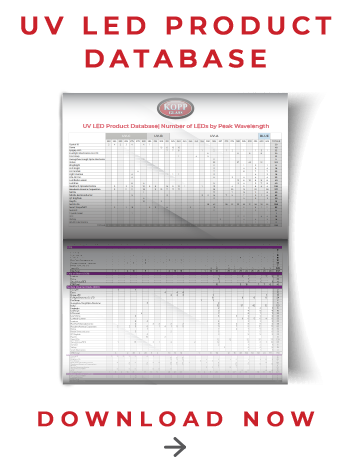 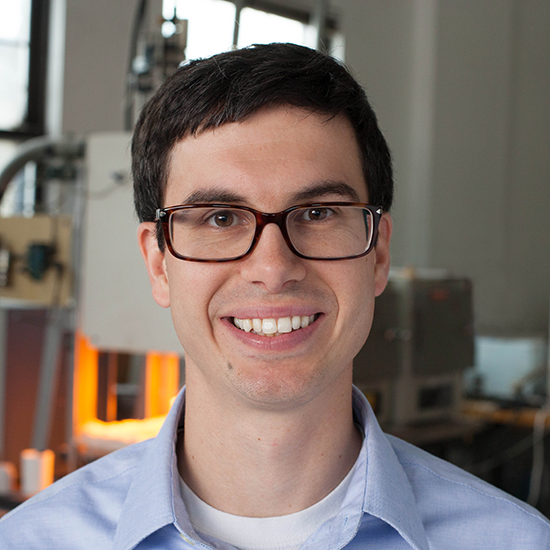