While the cost of light emitting diodes (LEDs) is decreasing, they are still relatively expensive and their adoption should be carefully considered before making the switch. Optimization of the optic and other system components can reduce the number of LEDs needed and reduce the overall cost of the LED lighting fixture.

Solid state lighting (SSL) is often viewed as a replacement for other light sources. As a result, the approach that many optical design engineers take when redesigning incandescent fixtures asks “What LED will replace the incandescent we were previously using?” However, the question that should be asked is “What light output am I trying to achieve?”

By beginning with the end in mind, engineers can evaluate all aspects of a lighting system that influence the LEDs and vice versa. The ultimate performance of an LED light is determined by different components of the lighting system, including the optical lens design, LED selection, array design, material selection, and thermal management. If you are only trying to answer the question “What LED replaces my existing light source?” then the lighting system will likely not be optimized for the LEDs.

Light output is directly related to optical design and because optics can increase the efficiency of the system and reduce the number of LEDs needed, their influence should be considered early in the design process. If you use optical design as the starting point and then move forward into the other components, the lighting system can be fully optimized, from both a performance and cost perspective. However, the process is not perfectly sequential; because the components of a lighting system are interrelated, it’s important to frequently assess your design choices and modify your design accordingly.

The first step in developing an LED system should be to evaluate the need for an optical lens; this can be done by examining the light output requirements of the system. Depending on the beam distribution, angles, and intensity required, an optical engineer can determine what type of optic is necessary. During this step it is beneficial to engage your optic designer and manufacturer.

Often times the optical lens designer and manufacturer are separate parties, which can make it difficult to achieve a fully optimized design. The optical lens designer may create an optimized optic that would produce an ideal light distribution but it is not aligned with the manufacturing capabilities. As a result, the design isn’t optimized for manufacturing and it could be more costly or even impossible to produce without design modifications. In order to produce an optic that is optimized for both manufacturing and light output, it is important for the parties to work closely together in order to reduce development time, prevent costly redesigns, and increase manufacturing yields.

A key part of optical design is determining the material that you will use in the design, as not all transparent materials perform the same. The material that is chosen can impact many different performance dimensions, such as chromaticity and transmission. For example, the thickness of the optic can change the color of the light or its intensity. In applications with specific color requirements, such as signaling or airfield lighting, this could cause the light to shift out of specification. If you are just thinking, “What LED will replace my incandescent bulb?” then you might fail to remember the difference in spectral power distribution between the two light sources. The color and intensity output of an optic is achieved by the spectral distribution of the light and the optical properties of the material. These considerations are often forgotten when just looking for an incandescent replacement.

LEDs are still relatively expensive and they contribute most of the cost of LED systems. Optimization of the optic and other system components can reduce the number of LEDs needed and enable the development of more affordable LED systems. This may allow you to use less powerful LEDs that are more affordable or even use fewer LEDs in your array design. In the following sections, you will learn how optics can impact other components in the lighting system and improve their performance.

There are many different types of LEDs, each with unique spectral power distributions. Selecting the best LED for your application should be an iterative process as the optic’s material and design can change the light output. As such, the relationship between the light source and the optic evolves during the design process. As a best practice, it’s best not to be locked into a particular LED model as it could make it difficult to achieve your desired results.

At the beginning of an LED light fixture design, select an LED that best meets your applications requirements, but remember that it may need to change. After you have created the initial optic design, the LED selection should be revisited. Once you know the results you can achieve with an optic, you can determine the LED that will perform best in the application.

Selecting an LED is not always a cut-and-dried process. If you use an optic you could then use a more powerful LED and under drive it, since the optic is directing more light. Under driving the LED may help increase the useful life of the LED system because thermal fatigue on the LED will be reduced. However, you’ll need to ensure the chromaticity does not shift or you may need to select a different LED bin to ensure color consistency.

When you know the optic’s thickness and the light source’s spectral power distribution, you can modify the design to achieve your desired chromaticity and photometric results. If the material is not optimized to the LED, slight changes in color could result and require you to select another LED entirely or to change the LED bin. The optic manufacturer and designer can help determine any color shifts due to the optic and ensure that you make the best LED color choice.

2 Common Mistakes Made When Selecting an LED

LEDs are still relatively new to many lighting engineers and there are two common mistakes that can occur when choosing an LED.

There are three components to an array design that should be considered simultaneously: spacing of LEDs, number of LEDs, and their direction. The optic has significant influence on these three aspects of LED array design. As you know, the optic works collaboratively with the LED and the optical design also influences the design of the LED array.

LED spacing determines the efficiency and cost of the system, as well as the quality of the light emitted from the array. Simply, if LEDs are spaced too closely to one another in an array, you will have excess light. To correct this, the space between the LEDs could be increased and the number of LEDs reduced. The use of an optic ensures that you will still meet the light output requirements, but with fewer LEDs. This combination reduces the number of costly LEDs needed as well as improves the overall efficiency of the system.

Remember, LEDs provide ample design flexibility; so consider all array possibilities. Depending on the desired output distribution, the LED array can be positioned in a number of ways: circular, rectangular, offset rectangle, or honeycomb. 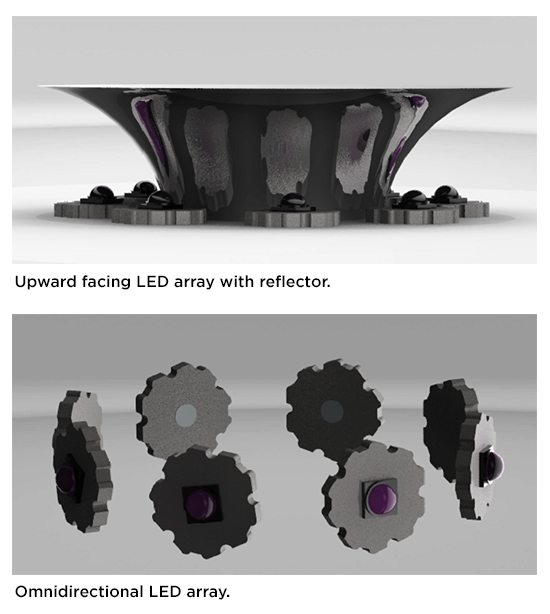 The direction the LEDs are placed provides a great opportunity to be creative with positioning and design. Since LEDs are directional, they need to be positioned so that the light exits in the desired direction. The simplest arrays are positioned on a flat surface with all LEDs directed in the same orientation. However, some arrays can take advantage of the unique flexibility that individual LEDs provide. For example, an omnidirectional fixture that positions LEDs in a ring pointing away from the center rather than using an upward facing array would reduce the need for a reflector to direct the light outward.

There are many array design options; some are more practical and affordable than others. Optics play a big role in determining what is most feasible with the lowest manufacturing cost. When designing a new LED light, you should consider how an optic works with your array and how it can help you achieve the best performance.

Unlike conventional light sources, LEDs do not produce infrared radiation and are generally cool to the touch. However, the semiconductor processes that generate light in an LED are not 100% efficient and they do produce heat in addition to light. If the wall-plug efficiency of an LED is 30%, then that means 70% of the input power is lost as heat.

So where does that heat go?

Heat sinks are commonly used to provide a path for the heat to escape through the backside of the LED. Also used are heat pipes, vapor chambers, and other heat-spreading devices. These thermal management controls come in many different materials, shapes, and sizes and are a crucial component in dissipating excess heat.

In addition to using proper heat sinks, optics can help you design a system that is more efficient and as a result, produces less heat. As discussed above, optics can increase an LED’s light output. This could allow you to decrease the forward current to the LEDs which would result in a reduction of heat.

You could also consider using an array design that allows you to reduce the number of LEDs in your light fixture. The addition of an optic allows you to maintain the desired light intensity with fewer LEDs, and therefore, less heat that needs to be managed.

Use an Iterative Design Process for Fully Optimized Lights

Optical components are just one part of the LED lighting system but they can have a powerful influence on the other components in the system. They can be used to create fully optimized LED lighting fixtures that are more efficient with longer useful lifetimes. This is why developing your optical component early in the design process is a necessity. Collaboration with your optical lens manufacturer not only reduces product development costs and time but ensures that you produce an efficient light fixture both for manufacturing and application purposes. 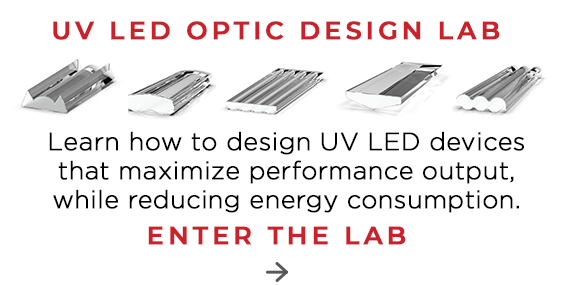 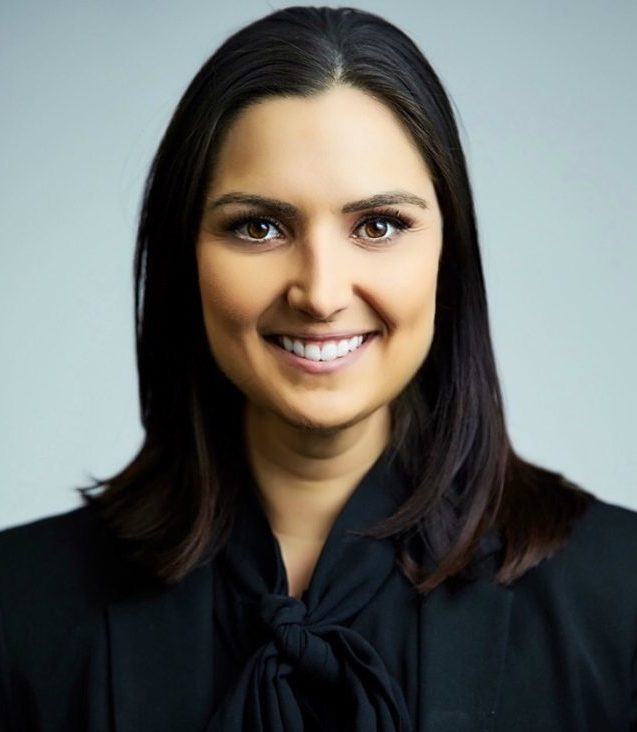